Home > Gadgets > What is a Cloud Server? – Work, Advantages and Disadvantages
Gadgets

A cloud server is a centralized, pooled server resource that is hosted and distribute over a network (usually the Internet) and can be access by multiple users as needed. Cloud servers can perform the same functions as a traditional physical server, providing processing power, storage, and applications.

Cloud servers can be anywhere globally and deliver services remotely through a cloud computing environment. In contrast, the traditional dedicate server hardware is often configured locally for the exclusive use of one organization.

How does a Cloud Server Work? 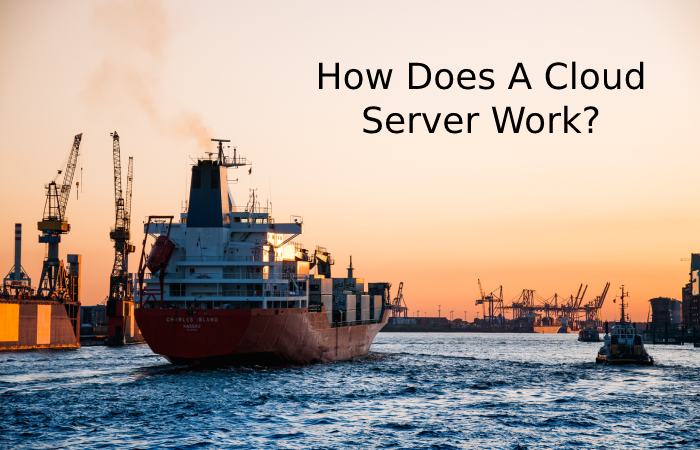 Cloud servers are made possible by virtualization. Hypervisor software is install on physical servers to connect and virtualize them. Their combined resources are unlinked and pooled to create virtual servers. These virtual resources can be automated and distribute in the cloud for shared use within a single organization or across multiple organizations.

This approach is known as the Infrastructure as a Service (IaaS) model. Organizations using IaaS do not own hardware or manage it. Instead, they provide it from third parties who provide resources on an as-needed basis through a public cloud. A typical example of using a cloud server is using a public cloud for temporary, seasonal, or variable workloads that need to be scale up quickly as the need arises.

A cloud provider may also set up cloud servers as dedicated servers in some cases. In this configuration, sometimes called a bare metal server, the provider saves physical cloud servers to a customer who may have specific performance or storage requirements

Why is it Call “Cloud Server”?

When we say that a computing resource is “in the cloud,” we mean that it is not on-premises and the resource cannot be access directly but instead is distribute over a network such as the Internet. A cloud server is one of the most prominent examples of a cloud computing resource, along with cloud storage, databases, network, and software.

How is a Cloud Server Different From a Traditional Server?

“The cloud” has become synonymous with the Internet in general. But in reality, there are many types of clouds, both public and private, that are creat by connecting servers that distribute computing resources over a network.

Let’s compare a cloud server with a traditional dedicated server. The resources of a cloud server are share among many users, while a dedicate server is design for the exclusive use of a single company. The organization sets it up and manages it. Instead, a cloud server may be own and operated by third parties.

What is the Best Cloud Server?

Businesses large and small alike have multiple options at their disposal when choosing a suitable cloud server option. The best cloud servers are improve for specific wants and budgets. What suits a multinational may not be the most suitable for a medium-sized company.

Cloud servers can be deploy in three main types of cloud:

Public Cloud:  Cloud servers are typically deploy through the public cloud. In this scenario, a third-party worker owns and operates the servers and other Infrastructure, providing its customers access to computing services as needed.

Private Cloud: A business can host its cloud servers privately and remain in control of its management and maintenance. These server resources are not communal with other organizations. Still, because they are in the cloud, they allow remote access by any employee, typically through a company intranet or virtual private network (VPN).

Hybrid cloud:  Public and private clouds can remain combined with on-premises and off-premises cloud servers working together. This hybrid cloud environment offers businesses more choice and flexibility to maintain control and security when needed. It also uses public clouds when it needs to expand quickly to meet peak demand.

What Advantages does a Cloud Server Offer?

Cloud servers have revolutionized the information technology sector. As a result, several companies have decided to move away from traditional centralized server and infrastructure setups to take advantage of this industry-changing technology. Four main benefits drive its changes:

Affordability: For a business, using third-party managed cloud servers is much cheaper than buying and maintaining their Infrastructure. Businesses benefit from economies of scale by sharing server resources with others and paying only for what they use.

Convenience: Public cloud resources can be provision in minutes and easily manage through a single dashboard or API. When IT teams no longer have to maintain complex on-premises Infrastructure, they are freed up for other tasks. In addition, users can access data from anywhere.

Reliability: Cloud servers can offer the same performance as dedicated servers. Because the cloud runs on multiple servers in a shared environment, the service can continue to function even if an individual component fails.

Advantages and Disadvantages of a Cloud Server

The advantages of using cloud servers (cost-effectiveness, scalability, and flexibility) far outweigh the disadvantages. But cloud servers don’t cover all the needs of some organizations.

One of the problems is the lack of control since companies that use a public cloud do not internally manage the infrastructure. As a result, if there is an outage or service slowdown in a public cloud due to unforeseen demand from other customers, they have to wait for the provider to fix the problem.

How Many Cloud Servers are There?

Businesses have numerous options for hosting and server equipment. They canister choose from hundreds of cloud providers to provide services. The number of cloud servers continues to increase with the expansion of data centers and server farms worldwide. In the future, hundreds of millions of servers will be need to meet the ever-increasing demand for computers and connected devices.

A cloud server is a pooled, centralized server resource hosted and delivered over a network typically the Internet and accessed on demand by multiple users. Cloud servers can perform all the same functions of a traditional physical server, providing processing power, storage and applications.

Also Read: What is News? – Features, Types, and More

Review What is a Cloud Server? – Work, Advantages and Disadvantages. Cancel reply

5 Best Streaming Devices You Can Use Outside USA