Home > PC Updates > All About Why Computer is Slow
PC Updates

All About Why Computer is Slow 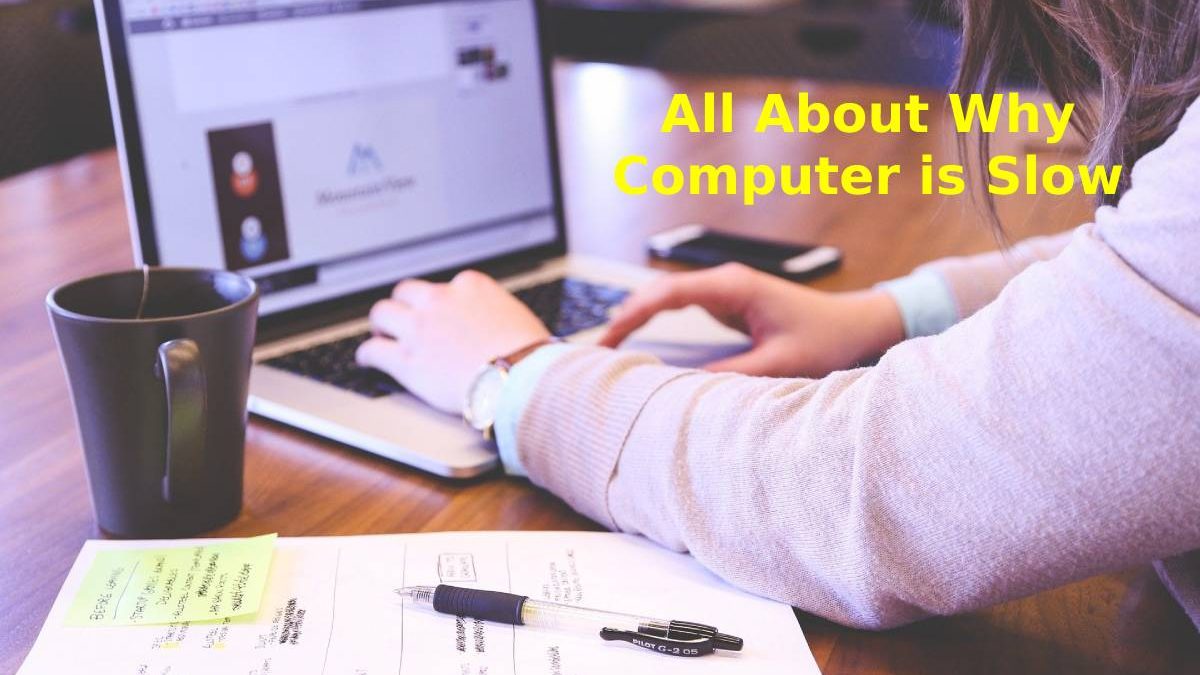 That our PC computer is slow and does not let us work with the speed necessary to fulfil our commitments is one of the worst things that can happen. It becomes frustrating when we have exhausted those little tricks like restarting it. Or turning it off for a few minutes without having managed to put it on the road.

Surely the first question we ask ourselves when this happens is how can this be possible if the computer has only been use for a few months. It can often even occur that it behaves slowly despite having a new computer compared to our expectations.

In these cases, the obvious question that comes to mind is: why is my computer slow. Here we must bear in mind that many times the answer can be the wrong one, especially when we notice that the PC is not as fast as the days go by, and we can even attribute this defect to a problem with the software when on many occasions he is not the real culprit.

So we spend time trying to solve this problem, installing and uninstalling apps. The truth is that they will not improve the computer’s performance since it is possibly a problem caused by some of the hardware specifications that the laptop includes.

Problems that Can Cause a Slow Computer

Suppose the computer that we use regularly begins to behave so that the slowness of the processes affects our performance. In that case, we have to consider a series of factors that may remain to cause the PC to stay slow, which can be resolve in most cases.

Below, we will tell you the most common problems and solve all the issues that make our computer slow.

Slow PC Due To Low RAM 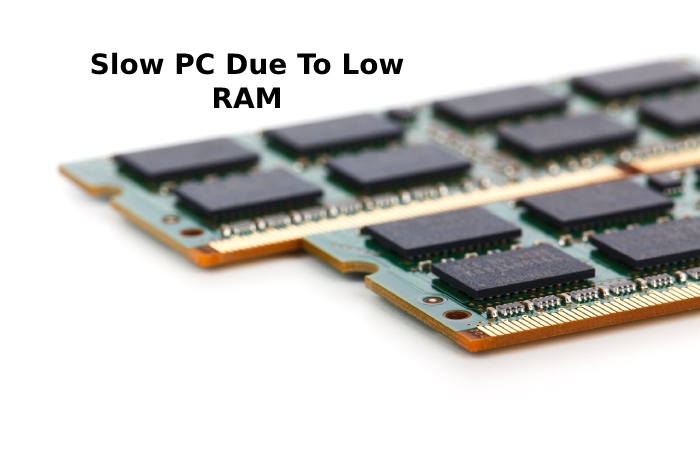 As we use applications simultaneously, the sum of available RAM decreases, resulting in total instability, including programs that hang and excruciating slowness to perform even the most simple tasks.

In this logic, software solutions, that is, those programs that claim to manage memory to recover performance, so praised by many, are useless.

In these cases, it is best to increase physical memory. If the computer is somewhat old, replace vital components such as the processor and motherboard, with which we will also obtain much better performance.

When we’ve allowed too many programs to start when you turn on your computer, chances are you’ll experience unbearable slowness.

Some of these programs are essential for the proper functioning of the computer or for some hardware or peripheral to work correctly. However, most of them are just annoying garbage and produce the so-called bottleneck, responsible for the slow startup of the PC while trying to run altogether.

To explain this problem, we must detect and separate unnecessary programs for the system to work and eliminate them from startup, which in Windows systems remains quite simple, by the task manager in Windows 8 using “Ctrl+Alt+Delete” or “Msconfig” in earlier versions.

Many times, and thanks to the enormous range of software that we can find on the Internet, it remains common for us to have two or more programs installed on the system that fulfil the same task. It causes instability and excessive use of resources, even more so if these programs are execute when the operating system starts.

By chance, the solution to this problem is simple:  Save only the programs that we tell and use and eliminate the rest of, apps that we can do with a program like IObit Uninstaller, which will eliminate all the traces that the stopped application may have left.

In the same sense, we might also take advantage of the time keen to do a deep dusting of the PC with a utility like Cleaner.

One of the important causes of equipment malfunction is device drivers. That is, the software that allows the operating system to control the tasks of a certain peripheral.

These often become obsolete as the operating system is upgraded, thus causing all sorts of problems. At this point, it’s best to make sure these drivers are update to the latest version. Which we can do by checking the device manufacturer’s website.

Low Speed of the Internet Connection

Contrary to popular belief, one of the main reasons our connection to the network of networks may be slow is in the Windows. Configuration and not the hardware such as routers or modems associated with it.

It  Is due, in most cases, to the Internet connection settings not being adjusted as they should, resulting in lateness and instability.

To solve any problem related to a slow Internet connection, we must make sure we have the basic knowledge to take any action.

If this is not the case, it remains best to turn to a person who does have them. Such as a particular technician, who will adjust the values ​​to remain appropriate for our linking, software and hardware.

Under no point of view should we contract people without a solid knowledge of networks and connections. Even friends or relatives, adjust parameters or modify values since we could worsen the situation.

After a certain time of use, the records are scatter on the hard drive, this fact being recognize as “Fragmentation”. The individual files that make up a package are not exempt from this fragmentation; moving away from each other will take longer to locate them. Therefore, the program we want to open will take longer to run, resulting in a slow PC.

The most commonly use solution for these cases is hard drive defragmentation. Which can be done with built-in Windows or third-party software tools.

The Windows Registry remains where all the information about how the operating system should behave and all the applications install on the computer is store.

If this registry is damage or any of its values, it is more than likely that we will experience problems connected to strength and performance on the computer. Even leaving the PC unworkable, to the point that only a format can return it to normal over.

That is why we must keep the Windows Office as healthy as possible, in addition to making periodic backups of it. In which CCleaner can once again be of great help.

Slow PC By Disks Without Defragmenting

The PC stores the parts that make up the files in different parts of the disk. That is, it does not place them together but disperses them throughout the hard disk. It has been the case since the beginning of the personal computer.

As time goes by and we store or create files, this fragmentation increases, and the system needs to put the files together and execute them.

Without a doubt, the best alternative available is to defrag hard drives. Which will result in better speed and performance when loading files for use.

The situation becomes even worse when the system files are too sparse. System files are vital parts for the operation of the OS, an example of which is page files.

Moreover, despite being so important for the proper functioning of a computer. They cannot be defragment using the same traditional tools. Still, rather external devices such as UltraDefrag must be use.

PC Slow Due to Junk Files

As we use the PC for our daily tasks, unnecessary files, both our own and generated by the system, accumulate. Which translates into uselessly wasted disk space and overloads the PC processes. Since it also has to index them, defrag and so on.

The typical solution for this problem is to clean the PC of this type of file, in which CCleaner can be very useful. Also, and as a somewhat extreme measure. It would be ideal to format the computer once a year cleans it to the depths of its entrails.

Also Read: What Is The Difference Among Science And Technology

Review All About Why Computer is Slow. Cancel reply

What is Web Application? –  Work, Types, and More