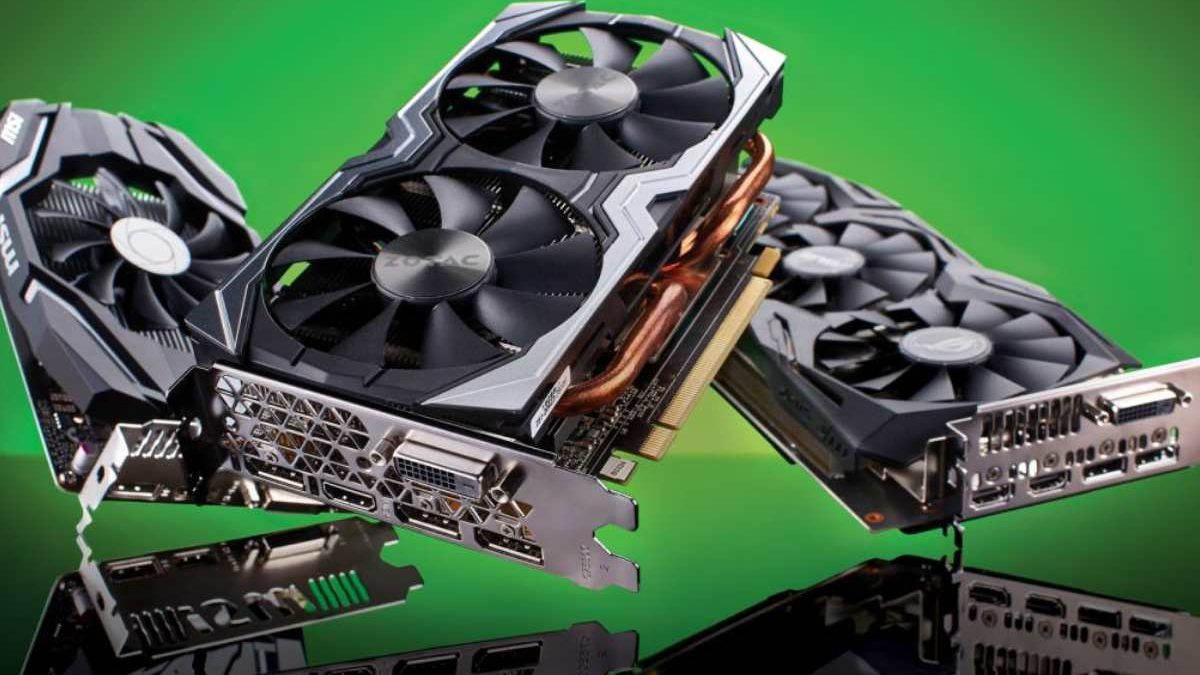 Graphics cards are in a perfect position right now because they’re coming down in price, and Intel and AMD are heating their game in a bid to steal the crown off Nvidia (the current king of graphics). Throughout this article, we will explore the five best graphics cards of 2022.

There’s no surprise that the Nvidia GeForce RTX 3060 TI takes the top spot on the list. After all, it’s incredibly powerful but hits an affordable price range. This GPU has 8GB of GDDR6 memory that’s spread across a 256-bit bus. This storage space comes in at around 17% less than its big brother, the more expensive Nvidia RTX 3060. However, when it comes to speed, you’re only getting single-digit differences, and for a 20% drop in price when compared to its sibling.

The Nvidia GeForce RTX 3080 is a hefty GPU with 10GB of memory, which makes it powerful enough to play games and watch movies in 4K. Given the power behind this beauty, you’re looking at spending £699. However, it’s in high demand and can cost you more. Alternatively, you can choose to invest in its 12GB evolution, which will cost you even more. Despite the cost of this card, it’s worth noting that the RTX 3080 is cheaper than the RTX 2080 and has much more powerful output.

Intel is renowned for creating incredibly computer processors, but they’re slowly creeping back into the graphics space. In March 2022, Intel released the ARC, which hits an affordable price mark and will cope with most gaming requirements. You can find out more about Intel’s range of graphics cards by heading to lenovo.com, where you can also treat yourself to a new gaming laptop.

AMD is Intel’s only competition in the CPU space, so it makes sense that they have a quality line of GPUs. The Radeon RX 6080 XT is a powerful card that’s capable of playing 4K. This beastly card comes packed with an impressive 16GB of memory, which is 6GB more than the basic RTX 3080. Despite having a more powerful capacity, this GPU is much cheaper.

With a base clock speed of 1500MHz and 8GB GDDR6, the Nvidia RTX 3070 sits right behind the 3080. If you’re looking for high-end gaming capabilities on a relatively cheap budget, you’ve found your answer. Coming in at £499, this card offers incredible bang for its buck. Pretty much straight out of the box, you will find a GPU that’s capable of running 4K gaming with little modification to the settings.

Nvidia wears the crown when it comes to GPUs, but Intel and AMD are hitting back and are fully capable of stealing the top spot. For the power packed into these cards, the prices are easily justified. After all, you’ll get much more out of a £499 graphics card than you will a £549 console – we’re looking at you PS5.

Can Iron Be Recycled? Understanding the Process.