Home > Technology > What is Hacking? – Every Thing you Need to Know
Technology

What is Hacking? – Every Thing you Need to Know

Hacking is applying technology or technical knowledge to overcome some problem or obstacle. Note that our definition intentionally does not include anything of a criminal nature. While many hackers can and do use their skills for nefarious purposes, and while many people associate hacking solely with illegal or security hacking, the concept goes deeper.

What are the Three Types of Hackers?

Depending on their motivations, hackers can fall into three groups: black hat, white hat, and grey hat. Let’s see what they are and what distinguishes them from each other.

A black hat hacker is a shady cybercriminal describe above. They are the ones who break cybersecurity systems to gain illegal access to a computer or network. If a black hat hacker discovers a security vulnerability, he will either exploit it or alert other hackers to the opportunity, usually for a price.

More often than not, the ultimate goal of a black hat hacker is to make money, whether through outright financial theft, the sale of compromised information, or extortion. However, sometimes they try to cause as much chaos as possible.

White hat hackers are the counterpart of black hat hackers. They’re just as skilled, but instead of pursuing criminal targets, these kind souls dedicate their talents to helping business prepare their digital defenses. A white-hat hacker will intentionally attempt to break into a system with the permission of its owner to identify weak spots that need to be fixed. This type of work is also known as “ethical hacking”.

Many white hat hackers work for large companies as part of the organization’s cybersecurity strategy. Others offer their services as consultants or vendors hired to test a company’s security. They can go beyond penetration testing (assessing the strength of a cybersecurity system) and test employees themselves with phishing campaigns to steal their login credentials.

In between these two types are grey hat hackers. Neither are they the height of altruism, like white hat hackers nor do they commit crimes. While white hats get permission before testing a system’s vulnerabilities, grey hats skip that part and go straight to hacking.

Some behave like mercenaries: they look for weaknesses and then go to companies to offer their services for a price. Others hack to force reluctant companies to take action against a particular disadvantage. A notable grey hat hack case from 2013 got Facebook to acknowledge and fix a security flaw despite ignoring hackers’ warnings. 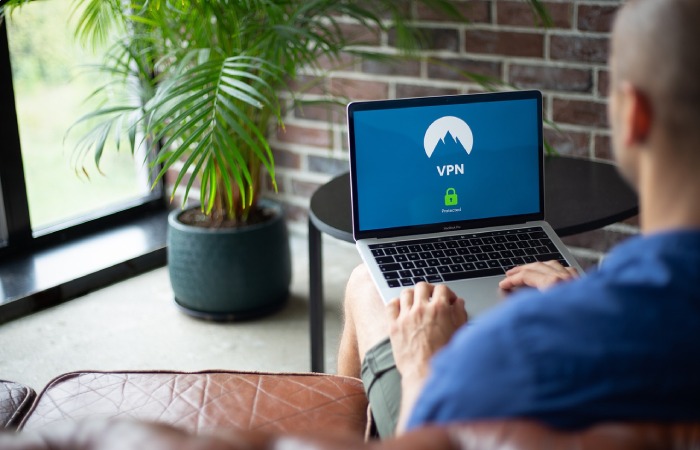 Individual hackers, private groups, companies and governments perform security hacking when it serves their needs or desires. We can identify various types of hacking by dissecting security leaks. Let’s take a look at the three most common types of hacks.

Lone black hat hackers and hacking collectives are often thieves. Their cybercrimes seek to steal money directly, set up a subsequent theft by hijacking data, or sell the obtained data to other cybercriminals.

If a hacker gets hold of your user credentials or even small pieces of personal data, they can try to crack your password or catch you in a phishing attack. In either case, the ultimate goal is to convert the victim’s money into the hacker’s.

Competition in some sectors is so fierce that it is not surprising that companies are often willing to dirty their hands to prevail over their rivals. Corporate (or industrial) espionage is the business application of hacking, malware, phishing, and other nasty espionage techniques to gain inside information about a business competitor; This is also known as information hacking

Where does the Hacker Come?

The concept of hacking as a philosophy predates the invention of computers. The desire to experiment with something, bend and manipulate it to take it beyond its intended limits and, in some cases, prove that it can be broken is inherent in the human experience.

When computers emerged, it was natural that someone would see them as a tool for everyday use, a challenge to overcome, or even a space to play.

Devices Most Vulnerable to Hacking

However, when you consider the devices available in a typical home or office, some are certainly a much easier target than others. While an iPhone can be extremely rugged, the same cannot be said for many other consumer digital devices. Here is a shortlist of some of the most vulnerable devices you may have:

Many Internet of Things devices lacks comprehensive security protections for computers and mobile devices. If a hacker obtains your data in a leak, he can find a way to sneak into your innovative network and, once inside, move from one device to another.

You’d be surprise how many people don’t change the login credentials that the router comes with from the factory. Hackers know the factory credentials of each device and can (in fact, do) probe Wi-Fi networks to see if those credentials work. You may be among them.

If you continue to use a standalone webcam, it will have the same vulnerabilities as any other IoT device. Laptop users are also at risk from rootkits, a type of malware that can allow hackers to access a device at any time, including its front camera. It’s never a bad idea to cover your camera lens with opaque tape.

Okay, it’s not a device, but email is a common target for hackers. Passwords are constantly slipping through data breaches, and if you use the same password for email as you do for other services, you’ll be opening the door wide to hackers.

iOS devices and Android devices, to a lesser but still notable degree, are relatively resistant to hacking. Jailbreaking yours (a process by which the manufacturer’s built-in security measures are removed) leaves you vulnerable to hacking if you don’t know precisely what countermeasures to take.

To prevent hackers from breaking into your network or devices, you should use a robust cybersecurity tool like Avast Free Antivirus. Avast uses six layers of protection, plus cloud-based artificial intelligence, to block 1.5 billion malware attacks every month. Detect weaknesses in your home Wi-Fi network, eliminate weak settings and passwords. And prevent phishing scams and viruses, all for free.

A hacker is a person skilled in information technology who uses their technical knowledge to achieve a goal or overcome an obstacle within a computerize system by non-standard means.

Also Read: The History of Science, What is it and Why?

Review What is Hacking? – Every Thing you Need to Know. Cancel reply

The History of Science, What is it and Why?

What is Technical Support? Definition and Characteristics

What is a Research Objective? – Importance, and More