What is Citizen Science and How Does it Promote Open Knowledge?

Citizen science originated more than a century ago. There have been citizen volunteers in archaeology, astronomy, natural history as collaborators enthusiastically generating data for research projects. The development of information and communication technologies (Internet, personal computers. Mobile phones, and digital cameras) has been vital in developing remote citizen science. With these innovations, citizen science is becoming more important every day in the knowledge of nature.

The Virtuous Cycle of Citizen Science

The voluntary participation of society in scientific activities benefits both the scientific community and society. Many questions could not be answered due to lack of budget or the spatial scale involved if it were not for the participation of volunteers. At the same time, volunteers benefit from the knowledge and mechanisms of science. Putting “hands-on” is one of the fastest ways to educate ourselves and raise awareness.

Here are Some Essential Axes of Citizen Science

The Citizen is Key to the Scope of the Investigation 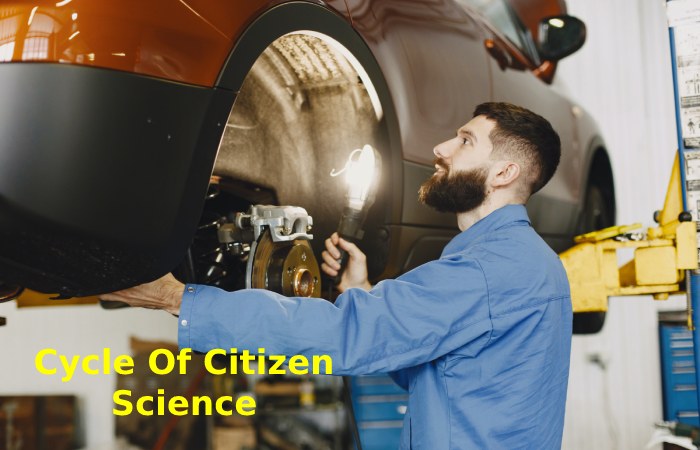 Citizen scientists are those people who join a research project and collaborate with the systematic collection of critical data, usually about things that are around them.

For example, the behavior of bees in the gardens of our houses. Pest alerts, studies of invasive species, detection and recording of dialects in the song of birds. This information helps analyze traces of climate change, observe astronomical phenomena, and measure the Earth’s tremor, among other cases.

Citizen science projects are open to everyone who wants to get involved: students, teachers, families, workers, retirees. It is only about having the enthusiasm and being rigorous in the desire to observe and record data.

The projects can be based on games with which, without knowing it, intuitions and rationalities are contributed to some problem that is particularly difficult to solve. Other times, it requires using an app in which data is dumped that feeds a regional and, sometimes, international base.

For example, the Observadores del Mar portal, which began in Catalonia and then spread throughout Spain, allows divers, bathers. Fishers or sailors to collaborate by collecting data about the sea, uploading it to the portal and then having it validate by specialists. Of course, scientists cannot be everywhere. However, with the help of citizens, the observed places can be expand, allowing the study of species, detection of change phenomena, accumulation of garbage, among other things.

Feedback Should be Guaranteed.

Many of these initiatives gave rise to scientific papers in leading journals; they all helped put a problem on another scale, another perspective that allowed a better understanding of the world. For example, in the study “ The invisible prevalence of citizen science in global research: migratory birds and climate change ”, Cooper et al. studied the contributions of citizen science to a peer-reviewed study of 10 claims of the impact of climate change on avian migration. Finding that between 24 and 70% of the sources supporting each claim came from citizen science-based studies.

In this way, citizen science allows open collaboration to study scientific phenomena, research and discoveries. So even if we don’t see it, science is always there. And sometimes, it’s just around the corner.

Citizen Science is an objective in itself and, at the same time, something that makes Open Science possible. It refers to citizens who openly and actively participate in their research and data generation and crowdsourcing activities frequently related to research. It includes data collection, analysis, voluntary monitoring, and distributed computing. Alternatively, it may also mean a better understanding of scientific work among the general public, facilitated through greater access to information related to the research process. Including the possibility of using open research data and accessing journal articles—openly available science.

The European Citizen Science Association (ECSA) created a good practice guide on Citizen Science and wrote the 10 Principles of it. This statement has remained translated into many languages ​​(Spanish version). These ten principles guide best practices for any project based on it.

Citizen science or demo science (a kind of scientific democracy) tries to advance scientific knowledge beyond the borders of the laboratory or traditional fieldwork. It is about promoting research projects that integrate their main actors’ scientists with the ordinary citizen for the collaborative construction of knowledge.

Review What is Citizen Science and How Does it Promote Open Knowledge?. Cancel reply

Use of AI in Customer Service

How Do Chatbots Work? – Functions, And More

What Is Knowledge Engineering? – Expert Systems, Types And More

What is Deep Learning? – Work, Importance, and More